Mates’ Crates, a series headed up by our friend Andrei Sandu, dives into the tales behind records and digs deeper into our connections to music. These are not reviews, they’re stories. Next in the spotlight, Yellow Magic Orchestra's subversive cover of Archie Bell's "Tighten Up".

The first time I heard Yellow Magic Orchestra's "Tighten Up" (the first I'd heard of YMO), I was deeply uncomfortable. You will be too.

Things start falling into place as you discover that YMO began as Japanese musician Haruomi Hosono's exotica parody of Orientalism and Western conceptions of Japan. This cover of Archie Bell and the Drells' classic "Tighten Up" captures that best, though I'd be scared to play it without context.

Hosono, Yukihiro Takahashi and Ryuichi Sakamoto were all music industry veterans before coming together, combining their individually-broad influences into an eclectic partnership. YMO's material draws on pioneering electronic music from the likes of Kraftwerk, Japanese traditional music, arcade games, funk and the early synthesised disco of Giorgio Moroder and others. 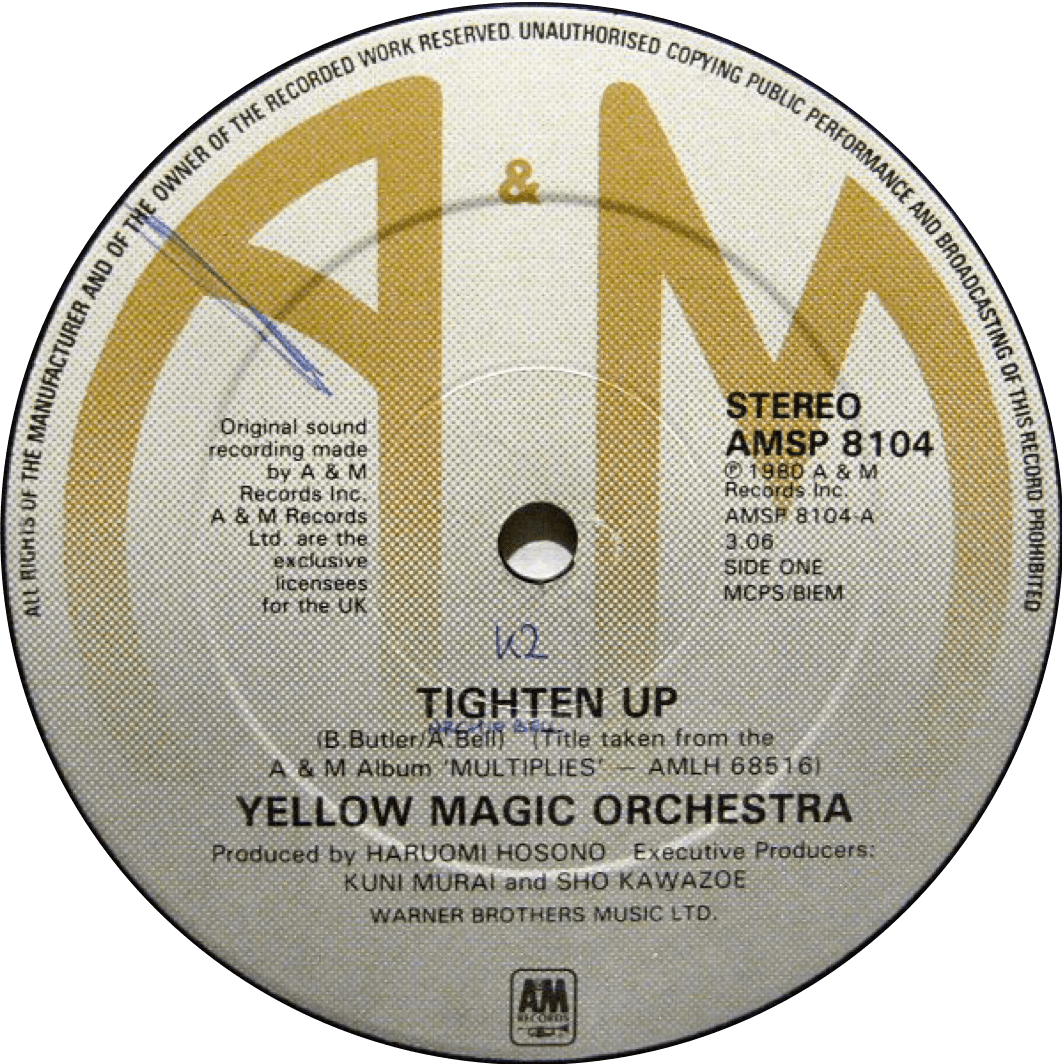 The pace at which the band's music evolved has been acknowledged by critics, developing from exotica-disco spoofs to pioneering electronic music in their own right over the course of their relatively short initial collaboration, coming together in 1978 and pausing in 1984. Tired of Japanese musicians imitating Western music, their discography sought to make something very original from Japan. Though heavily influenced by Kraftwerk, Sakamoto made a point of not imitating their "very German" approach by eschewing minimalism for breezy, melodic, fun sounds.

YMO were amongst the earliest to incorporate sampling into their music. Their 1978 hit "Firecracker" sampled Martin Denny's 1959's exotica record of the same name, alongside arcade game sounds from Space Invaders. Their sample based approach has had a long lasting legacy and continues to influence artists to this day -  Dizzee Rascal and Four Tet nod to YMO's use of oriental scales and arcade-game sounds in their own music for example.

In his 2001 Guide to Electronica, Jason Ankeny described YMO as "a seminal influence on contemporary electronic music [...] second only to Kraftwerk as innovators of today's electronic culture. Live performance centred around synthesisers and samplers rather than human movement began with YMO."

Though I discovered them through this parody of Orientalism, I quickly grew to appreciate the  influence that YMO - very original and from Japan - have had on so many spheres of modern popular music. Take an hour to listen this Essential YMO playlist and this Guide to Getting Into YMO - you won't regret it.