Roots and Influences invites our favourite artists, local and afar, to curate a playlist of 10 songs that have inspired their career to date. We're buzzing to sit down with Scotland-based alt. pop phenomena LVRA, as she comes down to Liverpool for a guest show! 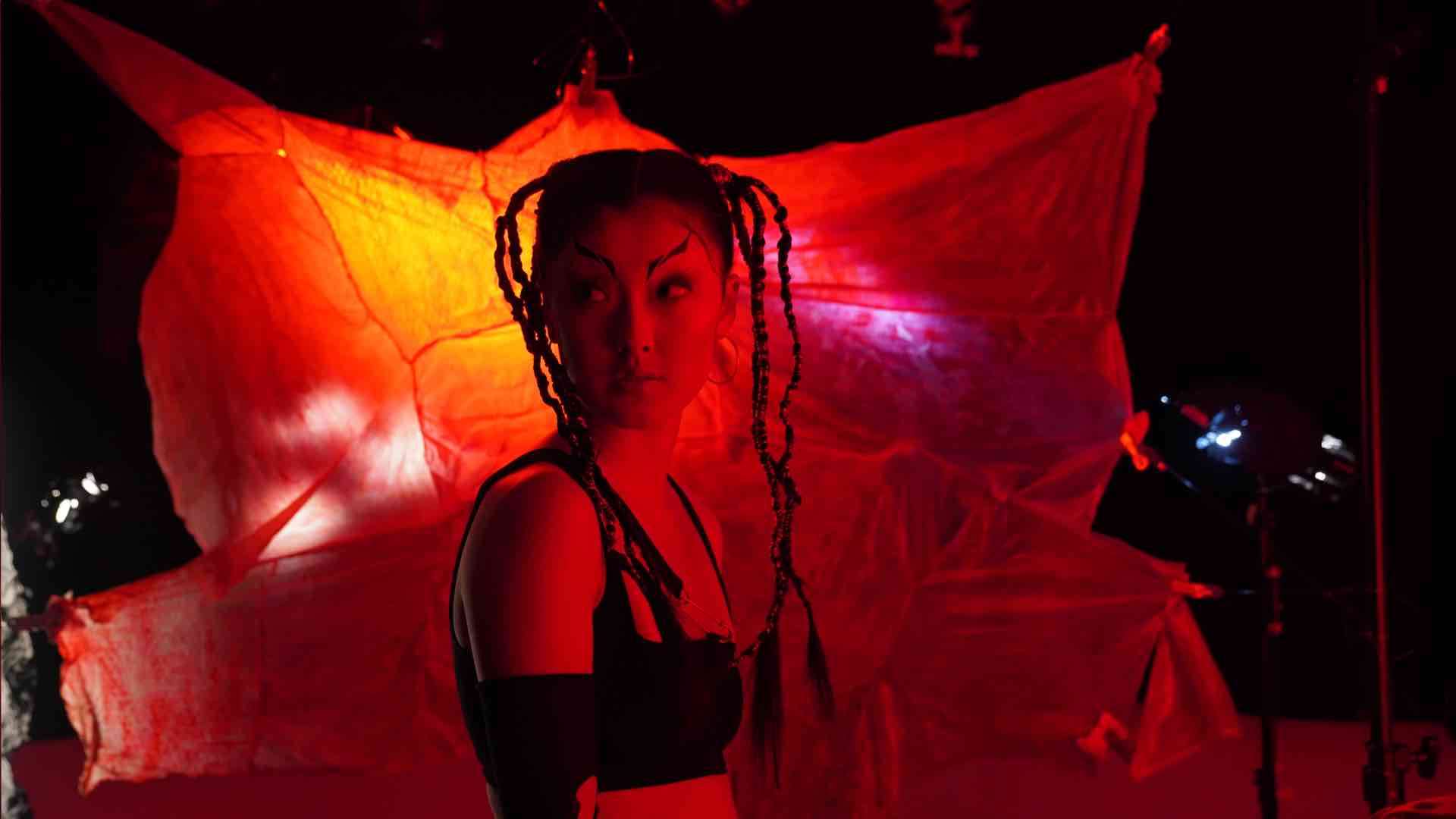 LVRA's rising status has accelerated in recent months, with a string of singles picking up plaudits from the likes of Radio 1's Gemma Bradley, PAPER, The Line of Best Fit and more. Alongside a major festival debut on the BBC Introducing stage at Reading and Leeds, LVRA is going from strength to strength with second EP 'TWO'. The self-produced record packs punchier, increasingly textured productions, self-assured melodies and nuanced lyricism, apparent on new single 'MONEY AND POWER', which ruminates on the worst,  sociopathic tendencies of capitalist excess. We dive into 10 iconic tracks that have shaped LVRA's music career so far...

Had to start this list off with Flume! One of the first electronic producers I listened to properly. I’m one of those people who has one huge-ass playlist from when I was like 14, and this is the first song. Flume absolutely made me fall in love with electronic music, with glitchy sampling and smooth synths - I remember thinking it was the freshest, coolest thing I’d ever fucking heard.

When I was 15, Jai Paul was that underground producer that everyone knew about, but still thought it was cool to say you listened to him. I was definitely one of those people, but his creativity still inspires me today for real!

My parents didn’t really play music, so my childhood was heavily influenced by my older brother’s taste. He was super into the likes of Radiohead and Muse, and so I also love to blast a bit of rock mewsic - this one’s a real headbanger!

I went through a lo-fi phase when I released my first EP ‘LVCID’. Joji is probably the first time I really understood what representation meant to me in the music industry, seeing 88rising pushing Asian artists into the spotlight was really, really inspiring. Check out his music videos too, they’re sick.

I think I’ve listened to Lorn-only playlists more than I have listened to any other artists! This song takes me to a really happy, calm place.

I’ve been listening to Purity Ring forever - they were one of the first pop-electronic bands I really fell in love with. They’re a band I moved away from for a while, but now I definitely feel myself coming back into touch with their music again.

Super inspiring producer! I always preferred his more experimental stuff, his use of traditional instruments and samples and the cleanness of his productions. The album this is on is really hard stuff and my favourite of his.

Grimes is single-handedly the biggest influence in my musical career. She really gave me the confidence to be a female producer, to take control of my sound and its authenticity. I’m not sure who I’d be as an artist if I didn’t see videos of someone sitting on a floor pressing loads of buttons and just making beautiful sounds - she’s a true inspiration.

What an absolute queen. SOPHIE was the first experience I had of PC Music, someone who inspired so, so many. The Scottish electronic scene would not be the same without her, this song is everything.

Ok, another queen. Queens on queens! Nothing here that’s not been said before about Gaga. Sometimes we feel comfortable stepping into the skin of something we’ve created, rather than the absolute confused-ass mess of the person we are. I resonate with that so much!

'TWO' is out now across all platforms - check it out here and join us next month for LVRA's guest show. In the meantime, watch the music video for 'MONEY AND POWER' below!