Over the past month, we've been following LUNA from the release of her first single 'Night Drive' to the unveiling of her debut EP, 'Hello Earth'. Now, after a hugely successful launch night at the magical St Bride's Church last week, we've got the scoop on the EP itself, plus an exclusive behind the scenes acoustic live session! 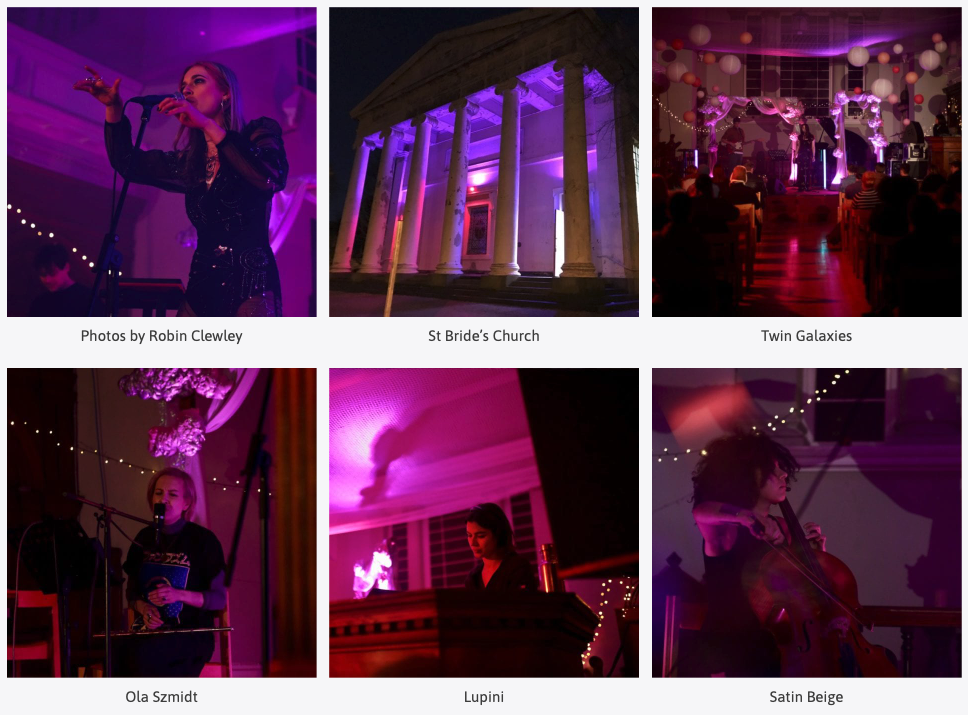 We were promised otherworldly decor, ambient soundscapes, mystical lighting... and we were not disappointed! As soon as you stepped into the grandeur of St Bride's, transformed into a space utopia by the hard work of Rosie Renals-Wells & LUNA herself, the atmosphere was heavenly. Soundtracked by our Lupini and her treasure trove of ambience, you could take a pew and soak it all up.

Support came first from Twin Galaxies, who delivered a hauntingly beautiful set made up of guitar swirls, earthy textures and Gabby King's reverb-washed vocals. Second was York-based Ola Szmidt, who captivated the whole audience with just her voice and a loop machine. Her layered vocals resonated throughout the building, punctuated by flute licks and heart-warming anecdotes (to hear more from Ola, listen back to LUNA's latest Equinox on Melodic Distraction Radio, where the pair chatted and exchanged tunes).

Then, it was time for what we'd all been waiting for - a killer headline set from the pop princess herself. The performance came in two halves; the first involved the dreamy tracks from the EP, whilst the second featured some brand new upbeat numbers that had the Church on their feet. Interspersed between the two halves was an exclusive acoustic performance on a grand piano, accompanied by cellist Satin Beige. Luckily for you, we've just premiered a live video of a behind-the-scenes performance of two tracks - a cover of Frank Ocean's 'Self Control' and an acoustic version of LUNA's original track '5am'.

'Hello Earth' is out now, accompanied by a brand new music video for the harrowing '5am'. Dive into the 5 tracks that begin as a young girl lost in her early twenties, and end with an independent woman with a fresh perspective on the world.

'5am' is premiering on Facebook here. 'Hello Earth' is available to stream/buy here.