Host Spotlight: an opportunity to shine a light on our wonderful radio hosts and wider community, be it a new music release, a brand new music residency or simply to champion them as an individual. You may have seen our next host behind the counter of Dig Vinyl, or behind the controls at new reggae dance 'In Fine Style'. Elliot Hutchinson is no stranger to the Liverpool music scene, and in celebration of his Halloween mixtape series airing on MDR over the next week, we go back to where his musical journey first began... 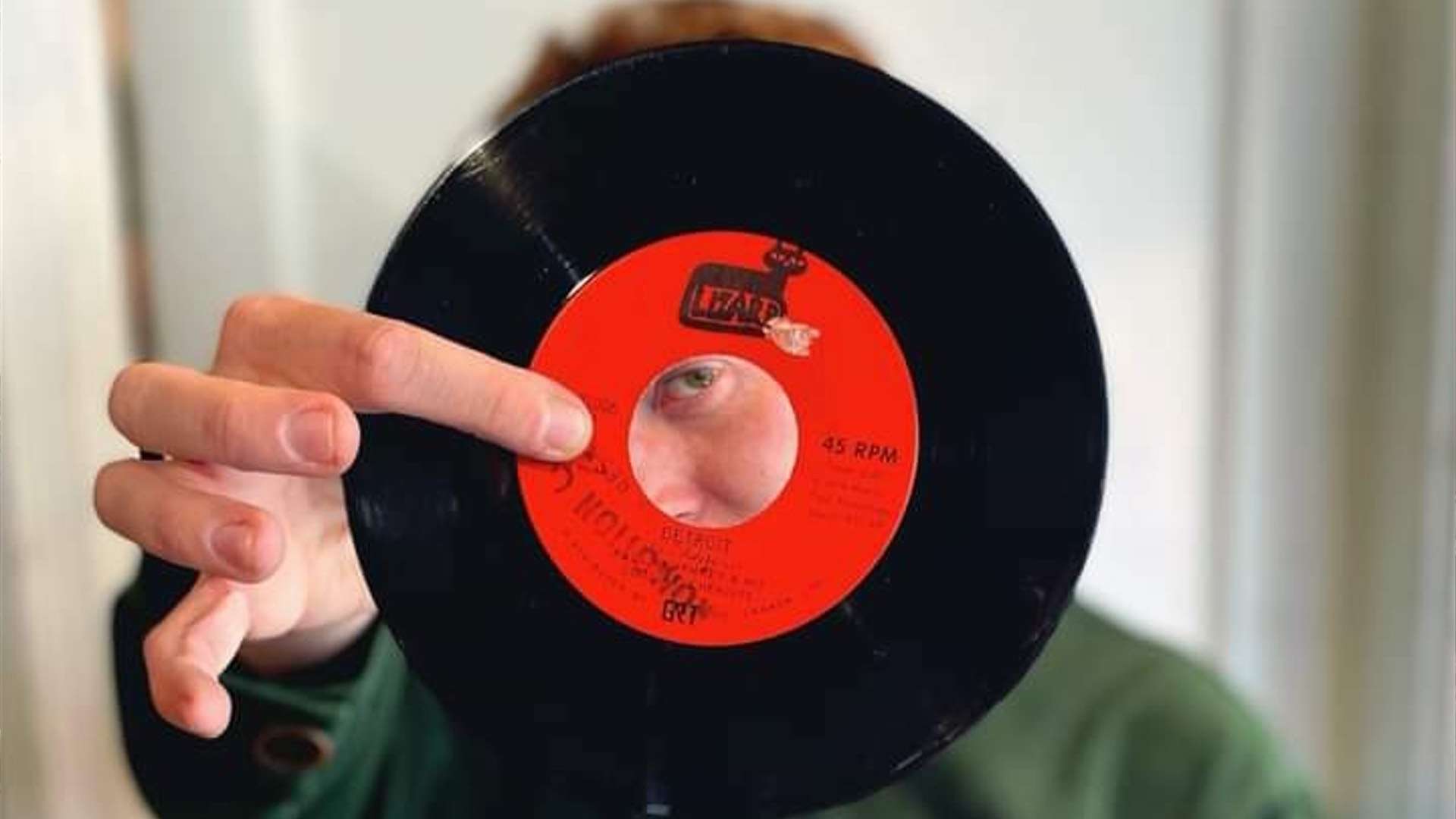 Hey Elliot, we’re loving your ‘Chapel of Wax’ residency on MDR. What are the ideas behind it?

I came up with the idea for the show whilst watching a French science-fiction animation called 'La Planète Sauvage'. It's a dystopian role-reverse where humans are kept as pets, and is matched with an eerie horrotica jazz soundtrack. Both the film and music celebrate those elements of beauty, strangeness and terror that I often search for on records or tapes. This really got the antennas going at a time when I seemed to be recording/releasing a lot of conceptual mixtapes. 'The Chapel of Wax' was the perfect vehicle to showcase the weird and wonderful side to the music I love; whether that's jazz, folk, soul or international!

Let’s go right back to the start - how did you first get into music?

I'd say my watershed moment was back in 1997, the day that my Mum sent me into school dressed as the most aggressive version of Prodigy's Keith Flint (for a fairly unrelated World Book Day). This was a month or so after the release of 'Firestarter', in which time I'd got myself completely involved with the music video that was getting hammered on the chart show. Another nineties highlight I can remember, would be gorping through a performance of 'The Planets' on BBC Proms and feeling really lost and positive at the same time. But I'd say that my Dad, now a retired comedian, is responsible for opening the door to traditional theatre and circus culture for me - encouraging an interest in humour, villains, skeletons, magic and voodoo jazz.

Can you tell us a bit more about your role at Dig Vinyl? Does your work there have much of an impression of the music you listen to and how you consume music?

My primary role at Dig Vinyl is managing sales and buying stock. Every day is different, exciting and challenging as I can find myself performing light DIY, talking to the media, cleaning fossilised insects/drugs off records or listening to strangers offer their scientific theories. I guess with many independent music businesses, a creatively rich and immersive workplace like a record shop has undoubtedly enriched me as a listener, a selector and as a person. Both customers and colleagues have introduced me to a rabbit hole of amazing music, continuing to educate and inspire me to dig deeper.

We’re excited to give your Halloween mixes a re-spin to celebrate our favourite time of year, too - what inspired the spooky-themed series?

Both of these mixtapes were recorded in the spring/summer lockdown, so kept me busy in a 'little project' kinda way. The main idea was to use records that aren't explicitly Halloween themed but had an element of 'the other' - allowing samples from horror films/trailers, cartoons and cult VHS tapes to give them a green glow. Some of these records celebrate the dark side in a really fun way, so I guess my taste for novelty comes across too.

Much of your mixes contain music from films and/or film references - is there a particular reason behind this? How does music and film crossover for you?

I remember when I first started DJing back in Oldham, I would play songs that were recognisable from films, TV or adverts because the punters were mostly hard drinkers, hen parties and sixth formers. Marrying this with reggae or funk versions of iconic records allowed me to get away with playing rare music in an unforgiving environment. This formula of referencing popular culture has stuck with me ever since and has been a prevalent part of my work. I'm also a big advocate for listening to film soundtracks, because it forces you to listen to a wide variety of genres and maybe artists you were unaware of.

What’s your impression of Liverpool’s music scene? Where do you hope to see it in five years’ time?

As someone who hung up their party hat some time ago, I still make a great effort to go out and watch live music as much as possible. I think Liverpool has a great offering of bands, DJs and community projects, even in the chaotic environment of avoidable noise complaints and redevelopment sorrow. I guess my hope is that Liverpool City Council spend the next five years taking drastic action to preserve grass roots music venues.

Aside from music, what other projects and/or hobbies keep you busy?

Aside from my job and dadlife, I co-run a monthly reggae dance at Kazimier Garden called 'In Fine Style', which showcases local selectors, MCs and live bands. This will always remain free for everyone to enjoy and is focused on the values of original soundsystem culture. The next one is an Africa Oyé Special with Richie Vegas and Keith Marley, happening on 3rd November at Kazimier Garden. I also partake in the occasional chess night and binge-watch Bollywood movies. 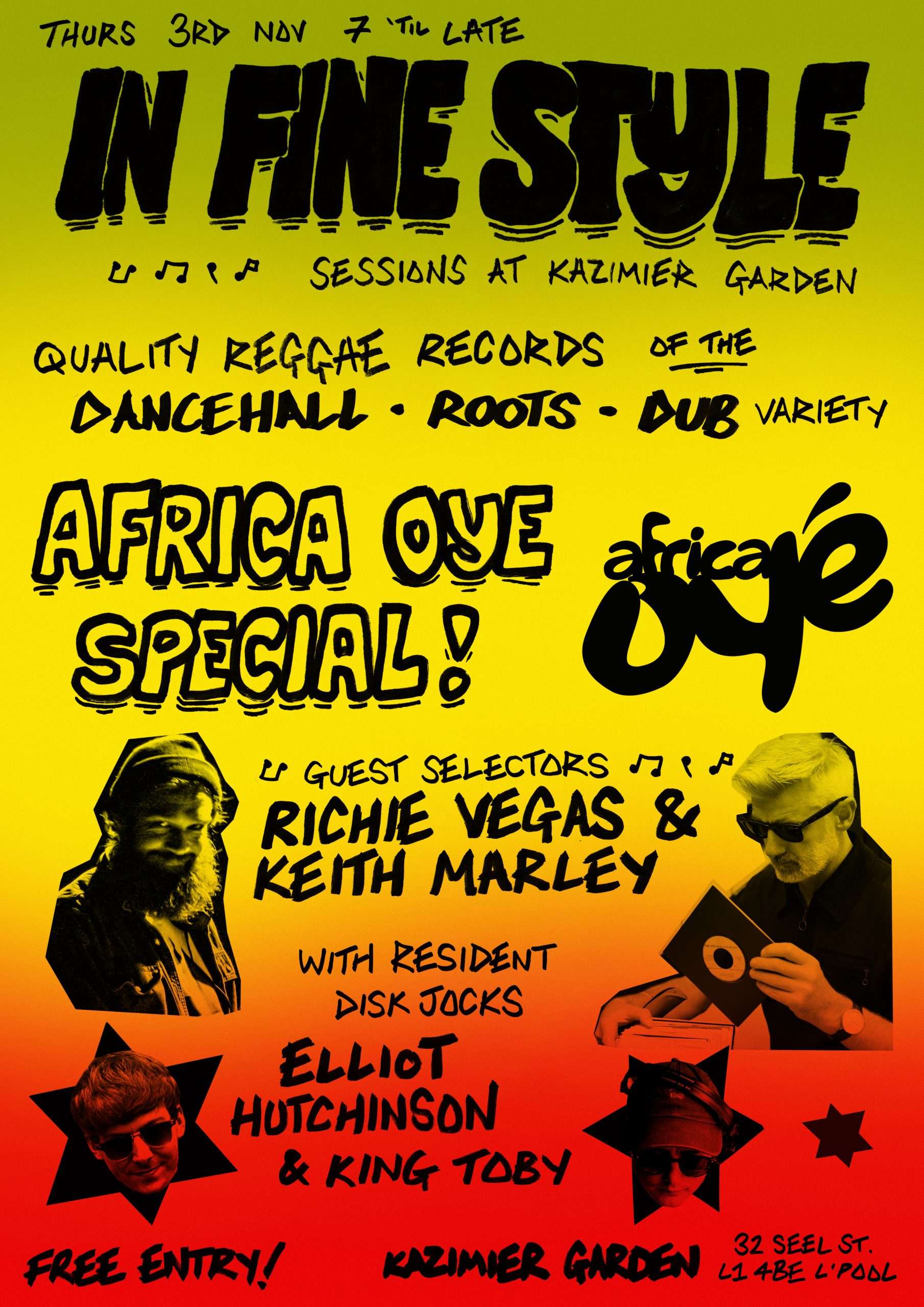 What was the last record you bought (or sold as a tip?!)

I recently bought an ultra rare album by Egyptian singer and actress Oum Kalthoum that I didn't expect to see this side of the globe. It's both terrifying and beautiful in equal measure, a must have for any international diggers!

Join Elliot for 'The Chapel of Wax: Wake From The Crypt' this Halloween morning, 9:00 - 10:00am. In the meantime, listen back to the latest episode 'Songs for Daydreaming' below: