Disco enthusiast and tip top writer Andrei Sandu comes back at us with an enthralling insight into the life and somewhat shadowed legacy of the production pioneer, Patrick Cowley, seeking to uncover his story and explanations for how his fame has become somewhat diffracted…

Two producers are credited for pioneering the evolution of disco away from its live-band and soul roots towards the synthesised, electronic sound of the 1980s: Giorgio Moroder, for his work with Donna Summer including 'I Feel Love', and Patrick Cowley, best known for 'Do You Wanna Funk' and 'You Make Me Feel (Mighty Real)' with Sylvester. Whilst the meteoric rise of Moroder is not difficult to explain, Cowley’s comparative obscurity is harder to comprehend. Though quieter and less eccentric than his European-born counterpart, the American was no less significant, with the Pet Shop Boys and New Order citing him as a profound influence. 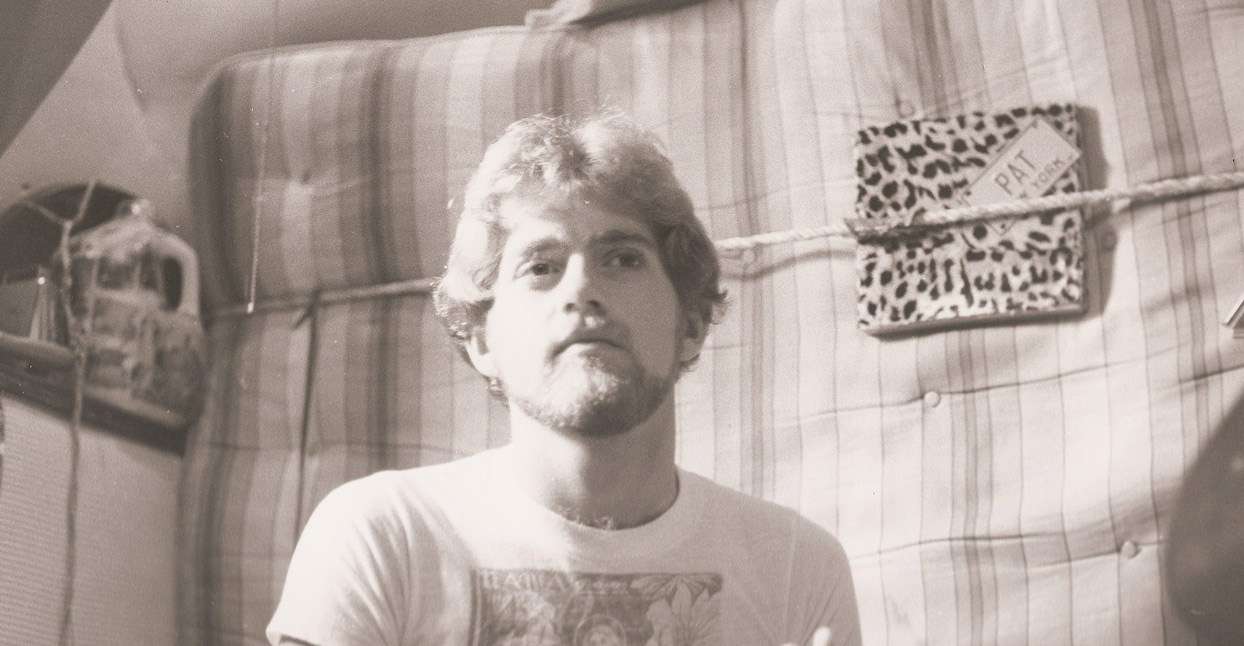 A pioneer of the uptempo, synth-heavy disco variant known as hi-NRG, his role in the San Francisco gay scene, devastated by AIDS, adds a tragic historical layer to the course of events, leading to his own untimely death in 1982. John Hedges, who took over Cowley’s Megatone Records, recalls that “watching sales drop, that was us losing our friends”.

Cowley moved to San Francisco from Buffalo, New York in 1971 to study synthesisers at Jerry Mueller’s now-legendary Electronic Music Lab. After taking a strong interest in the city’s burgeoning disco scene, he met Sylvester, a friendship and collaboration which eventually yielded classics including 'You Make Me Feel (Mighty Real)' (1978) and 'Do You Wanna Funk' (1982), which music critic Peter Shapiro credits for “pretty much [summing] up the entire disco experience.” Cowley’s unauthorised fifteen-minute remix of Giorgio Moroder and Donna Summer’s 'I Feel Love' is a synth-laden masterpiece, a seminal transatlantic crossover of the pioneers who electrified disco.

Beyond his success producing for other artists, Cowley’s solo work was even more experimental, showcasing his unique ability to coax synthesisers into generating unheard sounds. Whilst his first release was the source of 'Menergy', his biggest solo hit, his third album has since garnered most retrospective interest. By the time he was recording Mind Warp in 1981, Cowley was wheelchair-bound by AIDS, initially believed to be food poisoning. Propped up with pillows in his tape and wire-covered studio, he recorded an album embodying his growing awareness of his fate, with track titles like 'Goin’ Home' and lyrical references to a Dr. Terminus. As Sam Lefebvre pertinently articulated in the New York Times, “Cowley’s commercial rise mirrored his physical decline”. 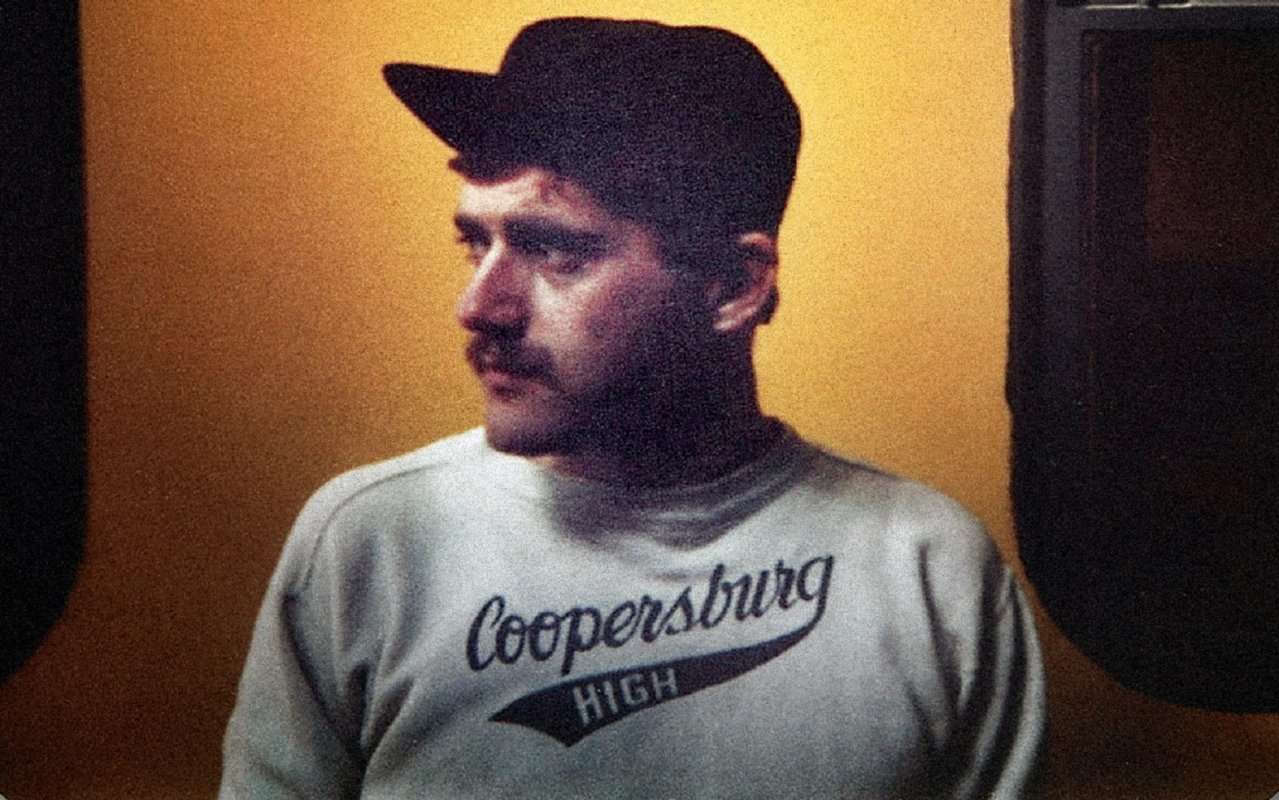 With enough hindsight to truly understand disco’s role in the gay liberation movement, another side of Cowley’s musical output has recently attracted attention; namely the synthesiser instrumentals he recorded as soundtracks for gay pornography in the mid-1970s. Uncovered in 2007 on a collection of tapes left to corrode in the storage unit of a retired pornographer, queer DJ collective Honey Soundsystem released the Muscle Up compilation in 2015. Beyond their musical worth as futuristic tracks produced long before the incorporation of digital technology, they are remnants and symbols of a time and place; of a community at the height of its hedonism, unknowingly close to a decimating decline. Honey Soundsystem’s Jacob Sperber acknowledges the release’s role as a means of reconnecting with “an awful but important part of queer history, the onset of AIDS”. Perhaps precisely because synthesisers of the era were quite so fickle and temperamental, Cowley’s masterful taming of his studio equipment resulted in electronic productions as lascivious and organic as the footage they were set to. Cosmically ethereal and carnally gritty in equal measure, Cowley’s productions were inextricably rooted in San Francisco’s gay community, using uncharted sounds to capture uncharted experiences. Crucially, they were an escapist refuge, resonating with gay dancers of the era as transport towards space and away from repression and persecution on earth. In the final years of Cowley’s life, San Francisco secured unprecedented political accomplishments for gay rights, including the election of Harvey Milk amongst America’s first openly gay public officials and the passage of a gay rights bill in 1978. 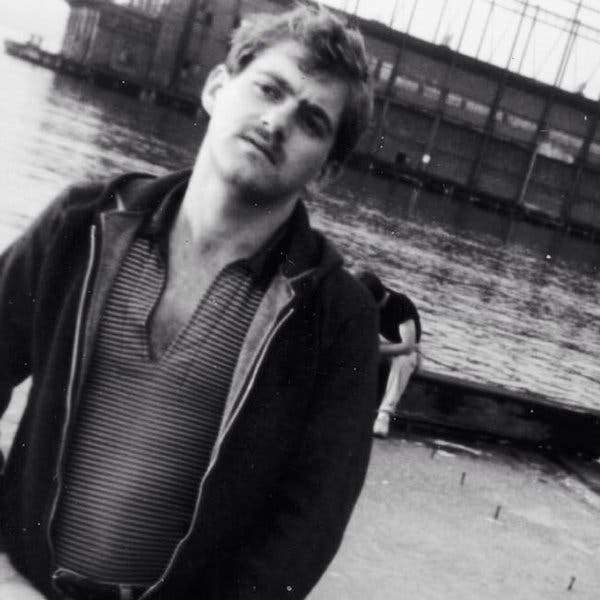 As an inventive musical and technological pioneer working in such a socio-politically charged environment, the musical and social sides of Cowley’s legacy are inseparable. Without wrongly suggesting that Giorgio Moroder’s comparatively unremarkable context detracts in any way from the Italian’s invaluable contribution to disco music, it remains surprising that the life and work of Patrick Cowley is quite so unreported. To suggest that this owes to Cowley being gay seems a quick-draw for a then-taboo as a means of plugging a gap in our understanding. Indeed, neither homosexuality nor androgyny and gender-fluidity held Sylvester from fame.

Moroder’s 1976 album Knights in White Satin is an interesting talking point. Casablanca Records’ Neil Bogart changed the LP’s title from Nights to Knights and shot the cover art – robed men admiring the heterosexual Moroder in a steamy bathhouse – as a means of not-so-subtly expanding his gay following. Deducing from this that homosexuality was a desirable means of achieving fame during-but-not-after disco’s heydey seems too neat a distinction. Such ‘connections’ are a danger of hindsight and overthought. Equally, Cowley is not simply a casualty of time; it only takes a short listen to any of Muscle Up or Mind Warp to understand that it was never a question of his music ageing badly.

Perhaps he was so integral to San Francisco’s disco-era gay scene that retrospection on his work has been too heavily focused within – if not constrained to – this context. As such, whilst he is a dear godfather or grandfather to Honey Soundsystem, he is but a long-lost uncle to most; one whom too many musicians and DJs have never met, despite his irremovable presence in their creative DNA.

If you want to read more about Honey Soundsystem click here.