What happens when you connect two artists that have never met before to work together remotely? Rhythm Lab Records have paired together 25 upcoming creatives to collaborate, with support from the Youth Music Incubator Fund. We chat with their first pairing Yelena Lashimba and CurrentMoodGirl, following the recent release of collaborative EP 'STEMS'. The 4-track record is the premiere in a series of releases collectively called 'Sonic Synthesis', which sees each pair explore the space between their distinct sounds. They do this by creating an original track each, before handing their stems to their partner to be reworked into something new. Read ahead to find out more about the process, their inspirations and being thrown in the deep end... 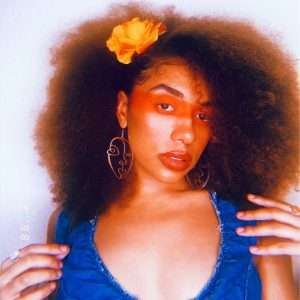 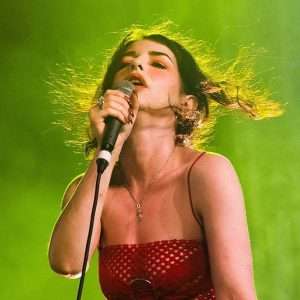 Hi ladies, we’re super excited about your recent EP release ‘STEMS’. Can you tell us a bit more about the nature of the EP?

YL: I’d say that the nature of the EP is quite empowering and a little bit dark, exploring boundaries in relationships. It’s also pretty experimental in terms of the sound and concept!

CMG: Yelena and I had never met before and were brought onto the Rhythm Lab Records project 'Sonic Synthesis'. The idea is to take two artists that are quite different and get them to make an original track each, before handing the stems over to their partner to be reworked into something new. Then on the finished EP, the reworks kind of bridge the space between our individual sounds.

How does it feel to be swapping stems of your original tracks with each-other?

YL: It was quite exciting as I’d never had a song of mine remixed before, and I’ve also never remixed anybody else’s song.

CMG: It was really interesting to hear Yelena’s track broken down into stems and I had so much fun messing around with it. Was like a kid in a sweet shop!

How have you found the process? Did you find many differences between songwriting and then remixing?

YL: The process was pretty challenging to be honest! I was juggling some other projects and uni deadlines, so it was a lot of pressure. It was very progressive for me as an artist though, working alongside someone I wouldn’t usually work with and having some creative elements led by the label rather than myself.

There were definitely differences between the songwriting elements as they both require different artistic skills. I think me and CurrentMoodGirl are quite similar in regards to writing, as there's a simplicity to the way we write lyrics. Generally speaking I found the remixing process a lot easier, as there’s a ready made framework to take inspiration from.

CMG: Writing a song from scratch is always a journey. My song changed many times before I got to completion and we had tight deadlines so it was a challenge. I used a lot of sounds I had made and recorded myself with my flute and some bells I have. I like the mix of organic and electronic and I love warping sounds. With the remix it felt more laid back because all the elements were already there, so I could just freely play around.

How would you describe your own sound in 3 words? 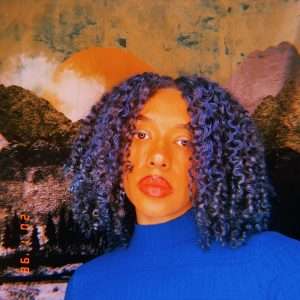 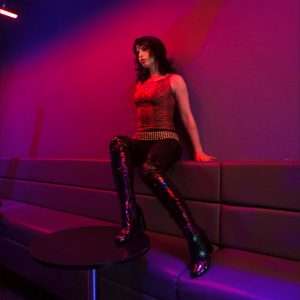 YL: I was listening to a lot of Cleo Sol and old school Missy Elliot.

CMG: I was listening to Sevdaliza a lot, she’s my absolute favourite atm. I also love the Studio Ghibli soundtracks, which I put on in the background a lot when I’m working.

What do you get most excited about ahead of a release? Anything that scares you?

YL: As I continue to evolve as an artist, I get scared that the music I’ve already released no longer aligns with me and people begin expecting a version of me that I no longer am. Being able to release the anxiety that comes with a new project is exciting though; I feel it’s easy to be hypercritical of your own work. So once it’s out it’s also like a mental release, and it’s now for the people to interpret it and vibe with it.

CMG: It’s nice to see our hard work get out there in the world, and to see the response from people.

With life feeling fairly monotonous at the moment, where have you been finding your inspiration for writing music from, if anywhere?

YL: As I’m still in my infancy as an artist, I feel I still have plenty of inspiration to pull from previous life experiences, my perspectives and the selection of artists that inspire my music production. Currently due to different responsibilities I haven’t had much energy to channel my creativity, so I’m very excited to get back to it once my degree is done. If it wasn’t for the pandemic I probably wouldn’t even be releasing music right now, it’s definitely given me the space to explore my creativity.

CMG: I find my inspiration comes from my emotions and how I’m feeling in that moment and I project that into a song.

How have you found working closely with a label?

YL: It was a good experience! I found it slightly stressful at times as everyone's perspectives differed in certain areas due to the nature of the work. But overall, it taught me a lot about how to navigate professional artistic relationships whilst also maintaining my artistic integrity.

CMG: It’s been really interesting working with the team through regular zoom calls. I’m glad I was chosen to be part of a wider project; it was a nice change from working alone on a release.

Where would be your dream venue to perform these tracks in?

YL: I’m not entirely sure. Anywhere would be great right now! Haha.

We’re both working on our own solo EP releases, so keep an eye out for those!

'STEMS' is out now on Rhythm Lab Records.