What happens when you connect two artists that have never met before to work together remotely? Rhythm Lab Records have paired together 25 upcoming creatives to collaborate, with support from the Youth Music Incubator Fund. We chat with the second pairing of the 'Sonic Synthesis' series, Micco/Elias and China Lilly/Sindysman, as they channel escapism, pop-culture and sleep paralysis into new and exciting musical works. They do this by creating an original track each, before handing their stems to their partner to be reworked into something new. 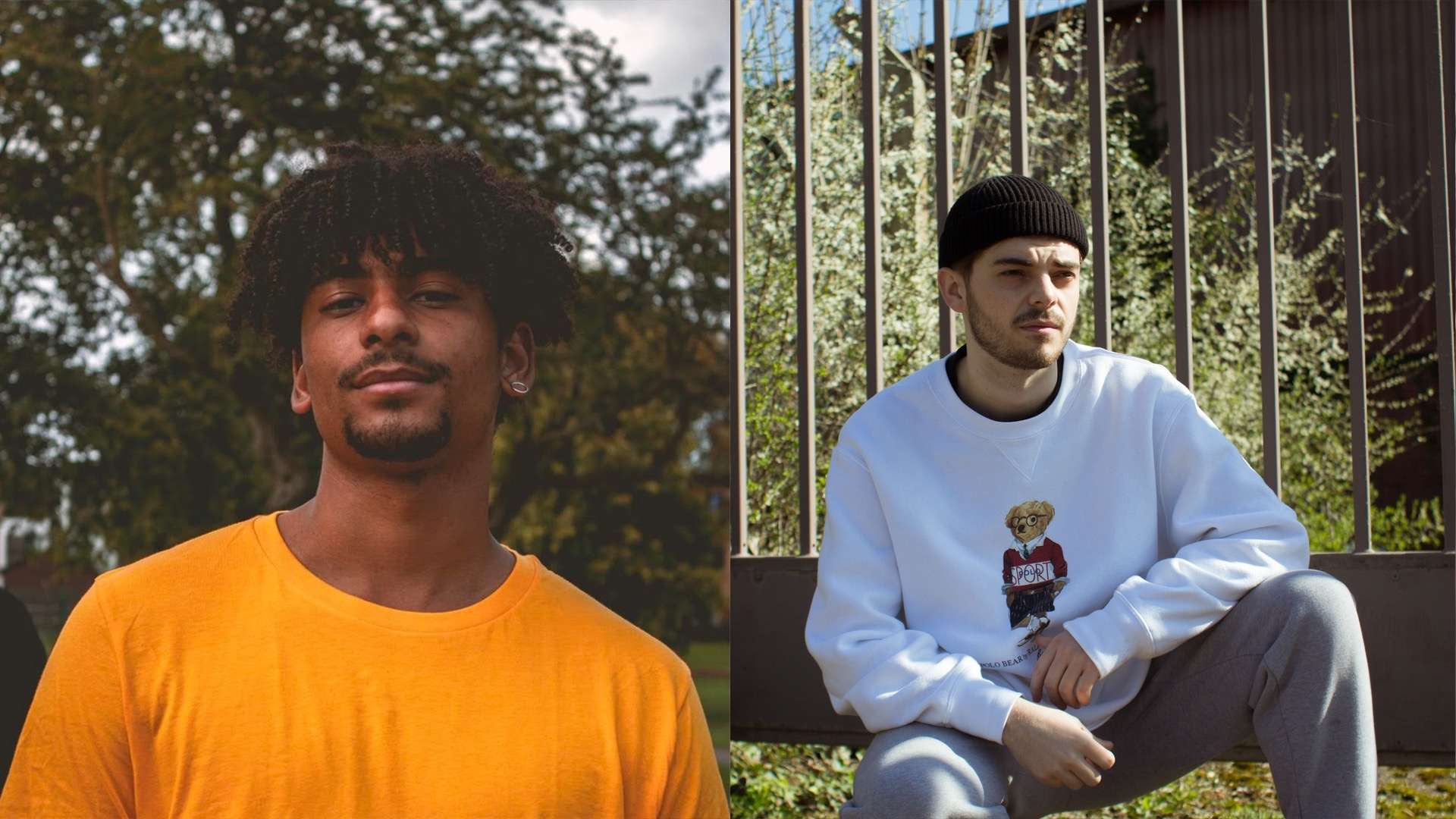 Hey guys! We’re excited to see four forces collide on upcoming EP ‘ROOTS’. How did you each originally become a duo?

M & E: We’ve been making music together for over 6 years now and bonded initially at a friend’s BBQ, where our mutual love for music carried on the friendship. It first started at Elias’ home studio in a glorified shed, where we would just jam and make beats. When Micco moved to Liverpool, he would frequently travel back to the South West to continue the process. Eventually we got to the point where we felt comfortable enough to start publicising our music, then the rest is history.

C & S: We’ve been best friends since we were 13, with the same music interests. It just so happened to be that both of us were musicians and stuff! We moved in together at aged 16, bought the equipment we needed and have been recording from home ever since.

What’s the best thing about working as a pair? Any challenges?

M & E: We collaborate throughout the entire process, despite each of us having our own strengths. We’ve made music together for a long time now, so there is a lot of honesty within the critique we give each other. Micco brings a mysterious allure, turning the day to day trials and tribulations faced by all into hypnotic raps with the energy to match. Elias has a strong technical understanding of production and makes everything we do sound professional, he also has the capacity to make instrumentals corroborate with the sentiment and stories other artists wish to portray.

The challenges we face are mostly geographical these days. We also wind each other up on a regular basis, so striking a healthy work/friendship balance is key!

C & S: We have very different styles at times I suppose, but when we put it together and it works, we dominate both sides.

How does it feel to be swapping stems of your original tracks with each-other?

M & E: It was refreshing and really fun to adapt and change the vibe, but still hold the truth to their song concept. It was also exciting to trust each other's musical abilities and listen back to their remix, knowing that it would sound sick and significantly different to the original idea.

C & S: It’s cool! 'Pillow Talk' was made with Solstice, a member of our collective (sindysplace). To then throw it over to another couple people is cool, love having loads of people working on something.

How have you found the process? Did you find many differences between songwriting and then remixing?

M & E: We teamed up with an incredibly talented guitarist Elliot Whitty. He joined us throughout this whole process, stepping up the final product to a level above our previous releases. Elliot’s guitar can be heard in both the original track and the remix.

The approach to the original song was very different to the remix - we came up with 3 or 4 starting points with Elliot and later decided which instrumental would suit the project the most. Whereas the remix essentially wrote itself once the 2 step drums were introduced.

C & S: We have vocals on both, and honestly the remix just happened instantly. It was perfect, a bit heavy sifting through 60 odd stems though.

How would you describe your own sound in 3 words? 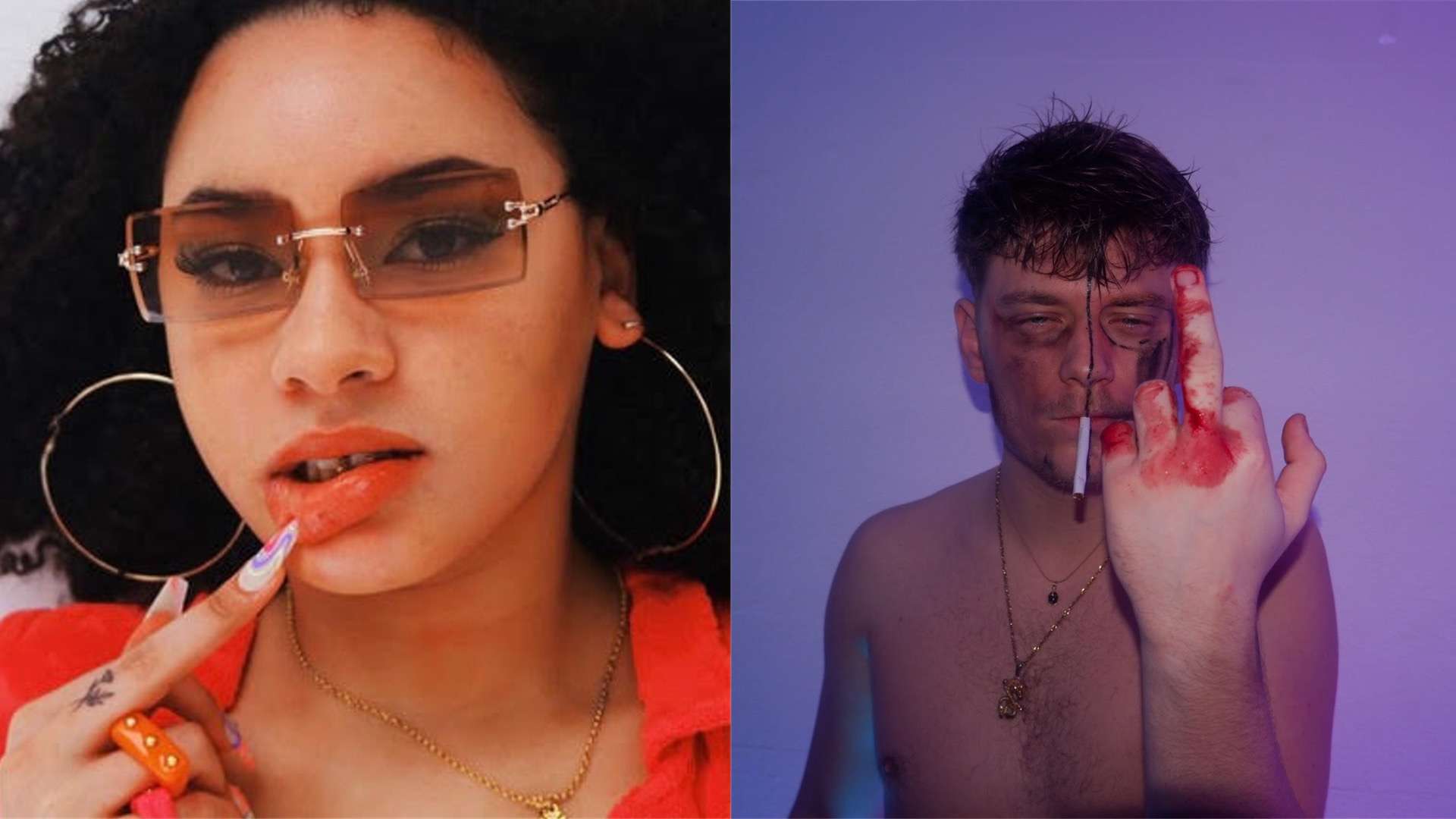 Both tracks explore ideas of escapism, sleep and dreaming. How do these themes influence your songwriting?

Micco: I think they all compliment each other. Even songwriting can be a form of escapism. I also think lucid dreaming is a very powerful practise that can accelerate your creative process. Finding powerful stories to tell through dream interpretation has been a practice for centuries. One of my favourite writers in this has to be Joseph Campbell.

Elias: I wanted to emphasise Micco’s approach to this song, using unconventional weird sounds to back up the lucid story telling.

C & S: All of our music is very mental health themed. People are too busy talking about expensive booze and cars they're renting... It’s really nice to know that even though it may be a smaller audience, there’s someone listening and relating to everything you say. Sometimes they even reach out! It’s cool.

With our usual outlets restricted over the past year, have you found other ways to express yourselves? If so, what are they?

Elias: Grasping the basics behind photography, visual arts and escapism through video games.

Micco: I have found a lot of mental fortitude through Capoeira.

C & S: Not really. Found new ways to progress though, and here we are hey!

Who would be your dream act to support live?

C & S: The great late Easy Mac. Love a bit of Children of Zeus too if we going local.

M & E: There’s plenty in the pipeline, we are looking to step up the way we release our music into the world. We also hope to collaborate with other creatives in all artistic fields. If you enjoy our music and love making art, hit us up!

C & S: Juggling, a bird feeder on my balcony, acquiring like 45,000 plants. Oh yeah, and we performing: China on the 1st July, sindysplace at Lock 91 in August, and sindysman on September 23rd.

'ROOTS' is out now on Rhythm Lab Records. Stream and buy it below!