10 Questions With... Let Your Hair Down

We caught up with Nick Ryan-Genie from Melbourne-based instrumental soul band, Let Your Hair Down, a rag-tag group of gun session instrumentalists! Emerging in 2014 as a side-project to iconic Melbourne soul band Saskwatch, the group was revived with the addition of Hudson Whitlock (Karate Boogaloo) and Lachlan Stuckey (Surprise Chef), plus their brand new full-length LP 'Waiting Room'. We find out more about the album, the process, and the trials and tribulations of being part of a seven-piece... 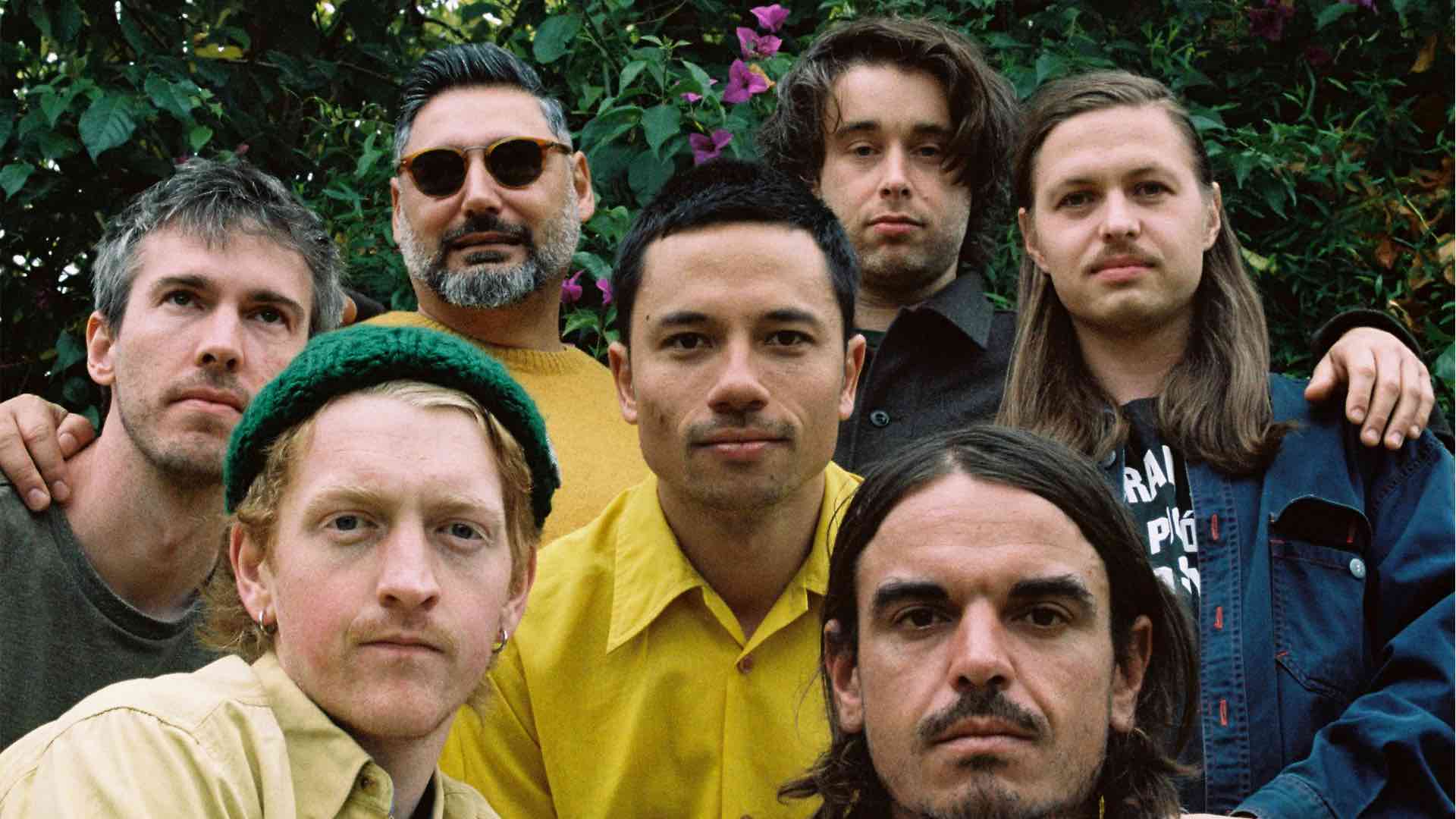 Hey Let Your Hair Down - we’re loving your latest LP ‘Waiting Room’. Can you tell us a bit more about the process of making it?

The process was an absolute blast and felt like a master class in ‘Experimental Freeky-Deaky Funk-Music Collaboration’. Prior to making this record everyone’s touring commitments, and our original drummer’s (Ed Crocker) relocation to Italy had meant that the band had more or less lain dormant since our ‘Abuja Death Cab’ release at the Toff in Town in January of 2017.

Life went on and whilst some travelled and toured, there was always an eye on the ever evolving Melbourne Funk and Soul scene. The band that unquestionably caught my attention being Surprise Chef. They were writing and producing their own records alongside hosting backyard community parties at the College of Knowledge (Jethro Curtin and Lachlan Stuckey).

Skip forward to 2019, and the band that Will, Olaf, Tom and I played, toured, lived and developed our formative musical skills in (Saskwatch), reformed to play a jam packed 4 night string of farewell shows at the John Curtin Hotel. I am forever grateful to Liam McGorry (Ex-Olympian) for making that happen as it put the cogs into motion, and ultimately, led us to where we are today.

Unsuspectingly on night three of four Hudson Whitlock (Karate Boogaloo & The Pro-Teens) walked over to Will and I and said “Why don’t we get your band back together and I’d be happy to play drums for you”. Cut to three months, one gig and a handful of rehearsal later, we find ourselves in KB’s half renovated sweltering hot ‘Attic’ studio in Collingwood (2020 was Australia’s fourth-warmest year on record and we suffered the tragically devastating 2019-2020 bushfire season known as ‘Black Summer’ - Human life, animal life and their native habitats were obliterated).

The thick layer of sweat infused with beer and pizza grease which coated our instruments may have made it slightly harder to play, nonetheless the energy and love of funk music overcame. The tracks were recorded directly to an 8 track machine, helmed by wunderkind and all around top-fella Henry Jenkins (Karate Boogaloo, Mo’Ju), who was tucked into a corner and monitoring different takes via only a single powered speaker. Jenkins also mixed the album and Max Dowling mastered it. The rhythm that sounds like a beer bottle on ‘New Year, New Me’ is in fact a beer bottle being performed by Jenkins, whilst monitoring the levels of the 7 instruments blaring at him. A true recipe for soul success that would be nothing without methodological preparation.

Fuelled on a diet of Pizza, Bahn Mi, soda water and beers we got it done. It took two full days with the whole band before for some minimal overdubs. Looking forward to recording number #2 in December 2021.

Who were you listening to a lot whilst making the record?

I was listening to all the classic local and international funk and soul favourites; Karate Boogaloo, Surprise Chef, The Pro-Teens, El Michels Affair, The Menahan Street Band, Charles Bradley and Sharon Jones & the Dap Kings. Whilst also developing a healthy addiction for Zamrock (70s Psych Rock from Zambia) with artists including Black Power, Witch, Rikki Ililonga, Amanaz and Salty Dog. Australia bands King Gizzard and The Lizzard Wizard, Hiatus Kaiyote, POND and Tropical Fuck Storm. I’m Always listening to my favourite Aborigianl Australian artist Archie Roach (my dad had one of his and Ruby Hunter’s setlists framed and hung in our hallway growing up). Uncle Archie has one the most stunningly beautiful vibratos which consistently informs the way I play the trumpet. EMMA DONOVAN AND THE PUTBACKS!!! Oh and I can’t forget other Australian national treasures Emily Wurramarra, Dan Sultan, Mo’Ju (check out her  track Native Tongue; absolute banger of a track and the video clip is fire), Thelma Plum, Jimmy Little, A.B.Original, Baker Boy (The first rapper that I know of to rap in the Yolngu Matha language. Personally, I feel that listening to artists from the world’s oldest civilization is a masterclass far superior to one which is consistently offered to me in the form of a YouTube ad. The Oral tradition lives on, is strong and powerful. Speaking of YouTube, check out the corrections Kutcha Edwards made to the current Australian national anthem. All you have to do is pop The Future Australian National Anthem Kutcha Edwards YouTube and you are set.

As I’m on the deadline here are some other bands I was listening to in and around that time - Os Mutantes, Georgia Anne Muldrow, Tommy Guerro, The Neville Brothers, Spacebomb House Band, Dr. Dog, Mark Ronson, DJ Premier, Nas, Foxy Brown, Missy Elliot, MF DOOM and the Wu-Tang clan. Oh wait!! I can’t forget UK band Los Bitchos!! I discovered them on Instagram and love their track ‘Las Panteras’. Its cosmic-guitar-jangled journey of happiness.

What’s the best thing about working as a seven-piece? Are there any challenges?

Does your work as LYHD influence your other musical projects and vice versa?

Absolutely yes. Because how could it not? I’ll speculate and say for Stuckey it would be his work with Surprise Chef and the Pro-Teens. For Whitlock it's The Pro-Teens and Karate Boogaloo. In Olaf’s case it would be The Teskey Brothers, Mia Wray and WILSN. Tom has had a stint in Ex-Olympian but is now concentrating on writing more music. Portararo performs with experimental Jazz outfit Bohjass. Morrissey and I both perform with Ex-Olympian and Vance Joy and I write and perform with The Big & Easy Jazz Band, Viper’s Dream Swing Team and Rumpus Room. We all love Its freeky-deaky music that allows us to experiment whilst having fun.

Can you tell us more about the Melbourne music scene? Do your surroundings have much of an impact on the music you make?

Absolutely, Melbourne rocks. Here is a list of some stuff -  Funk and Soul; Hopestreet Recordings, Stoic Records and Choi Records. DJs who play our music; Miss Goldie, Lady Love Potion, Emma Peel, Chris Gill, Vince Peach, Ethan Manchild and Sophie McAlister. The community radio stations RRR and PBS. The Venues we love; The John Curtin Hotel and The Gem Bar. The record stores; Northside Records, Plug Seven and Rocksteady Records. And undisputedly all the people who love and buy our music. It's reciprocal y’all and we are planning a gig for you all for one day very soon. Keep your eyes peeled like a banana and it will happen. 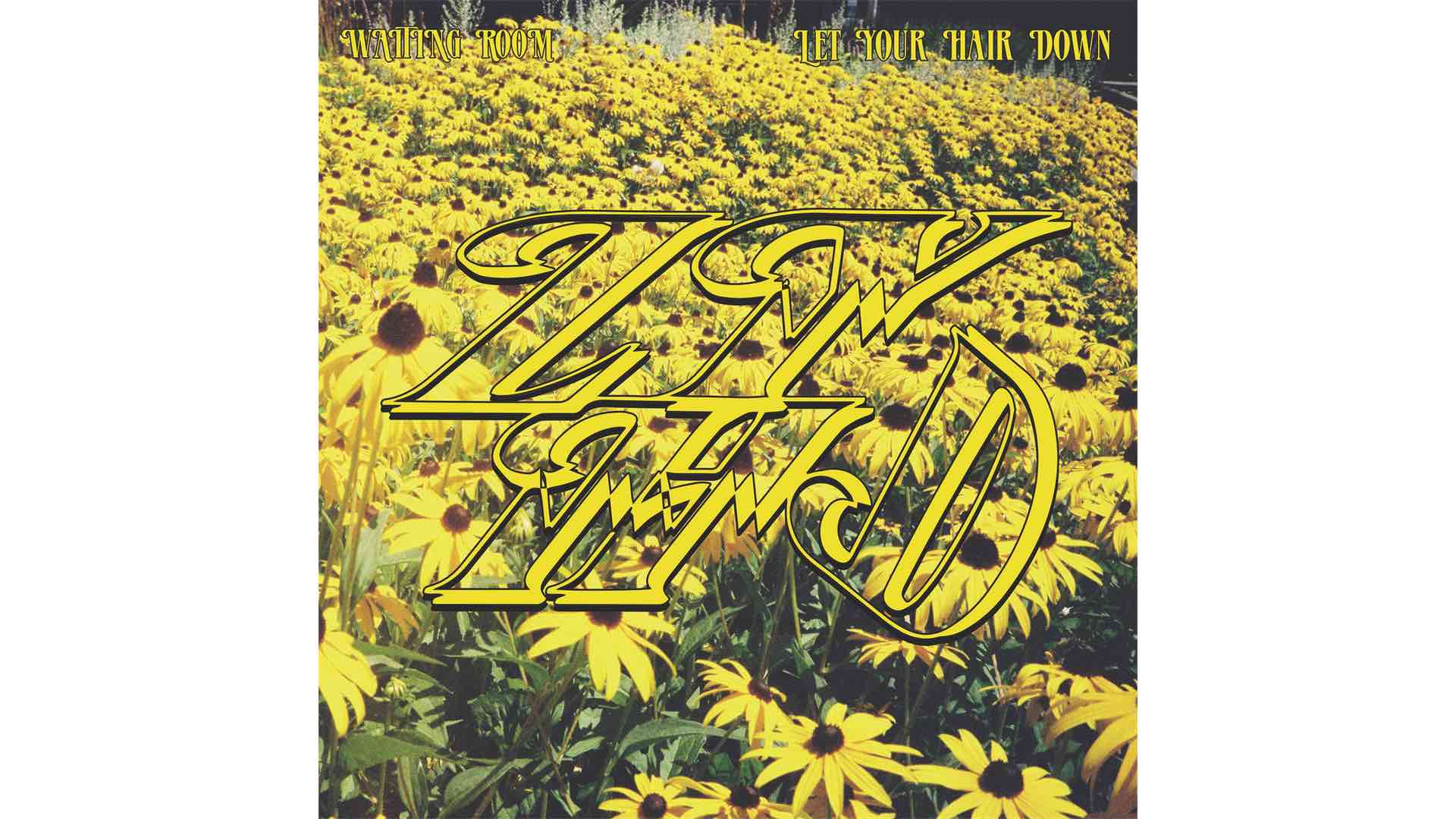 Do you envisage performing these tracks live? Dream venue to perform in?

We would LOVE to do a College of Knowledge showcase gig at The Apollo Theatre in Harlem, New York City. Surely by that stage we will have done a collaboration with an up and coming Aboriginal Australian rapper or singer who would definitely be on that gig too. We could stay in the same Bed-Stuy Brownstone (Akua’s Bed-Stuy Study on Air BnB) that Will and I stayed in in 2016 and catch the train into work. Gotta dream to achieve.

With many opportunities taken away due to the pandemic, did you manage to stay creative throughout that time and if so, how?

Listening to music kept me strong. Staying positive and mindful helped me get up in the morning. Talking to friends. Living between Adelaide and Melbourne was a blessing. Cuddling my girlfriend and telling her funny jokes. Reading books in the hope of fostering wisdom. Consuming art made by my friends and my friends I haven’t yet met. Buying art and supporting Australian Artists. Supporting local business in Thornbury, Brunswick, Coburg, Collingwood, Fitzroy, Preston and Northcote (My Melbourne 10km radius). Cooking my own food made my tummy feel good. Watching movies helped transport my imagination to different countries and gave me insight into different peoples lives and perspectives. Bumping into my mate Peter Emptage (Pete has THE most beautiful smile and lovingly warm heart which gives me hope and confidence about the future of humanity) out the front of the Northcote Bakeshop. Sending the occasional ‘How are ya?’ to my mate Stuart Berk AKA Stuey The Legend. Did you know Stu was the recipient of the ‘2018 World’s Best Tour Manager’ award? I also learnt more about growing my own vegetables which gave me the confidence to chuck in a huge crop of tomatoes and basil last week. But THE most important thing was eating homemade Spanakopita.

What was the last record you bought?

Are there any up and coming artists you’re keeping your eye on at the moment?

I just heard about a four piece pop band from Sweden who are doing a comeback album or tour. I think they used to play shows in the 70s or something? I’ll look into it further and get back to ya on that though. I think their name was Blabba?

Eggs for breakfast. For lunch I reckon maybe I’ll have a veggie burger and soda water. Looking forward to getting back in the ‘Attic’ for album #2 this December 2021. Building a pizza oven out of bricks. Planting more seasonal veggies in my patch. Reading the Artist's Way by Julian Cameron. Breathing. Smelling roses whenever I walk past them. Learning more about Taoism. Watching a couple more episodes of that recent Mark Ronson doco. Making time for and talking to my girlfriend. X